As programmable safety relays become more affordable and new regulations support their use, it makes sense to deploy them more widely.Paul Considine of Wieland Electric considers the time and cost savings that can be ach 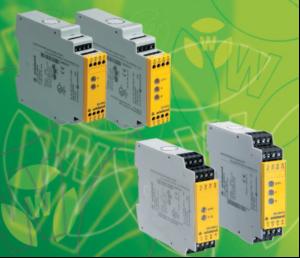 As programmable safety relays become more affordable and new regulations support their use, it makes sense to deploy them more widely.Paul Considine of Wieland Electric considers the time and cost savings that can be achieved

One of the key advantages of moving towards EN ISO 13849-1, in line with the new EU Machinery Directive, is that it enables much wider use of programmable safety relays. At the same time, these programmable products are becoming more affordable, even for smaller projects. All of which creates opportunities for cost-savings when compared to stand-alone relays, as well as higher levels of safety.

The associated time and cost savings from programmable safety relays begin at the early design stages and go right through to everyday operations. For instance, when designing a system within specially designed software the safety circuits can be tested before even going to site.

In contrast, when using stand-alone safety relays in systems with interlocking between just a few sub-systems, considerable time is required on site to test and re-test the hardwiring.

Similarly, working out the hard wiring feedback protocol can be very complex using traditional methods, whereas a flexible logic editor will flag up potential problems so they can be designed out.

In parallel, programmable safety relays simplify the wiring enormously, as all of the components are simply wired back to a central I/O point. Thus, it avoids the extensive wiring required to provide feedback loops and interconnecting terminals that is the norm with stand-alone relays. A major benefit of this is that installation time is greatly reduced, which should have an impact on the overall cost of the project.

As a consequence of this, the overall number of sub-systems is reduced which ties in well with one of the key objectives of the Machinery Directive, as it is widely accepted that the more complex a system, the more likely it is that faults will occur. In this way, a switch to programmable safety relays reduces the risk of faults and helps to achieve higher performance levels, as detailed in EN ISO 13849-1.

In addition, programmable systems offer constant test outputs to provide a complete diagnostic monitoring system that delivers cover at the highest possible level.While it is possible to do this using stand-alone safety relays the wiring is complex and therefore expensive. Furthermore, programmable systems enable a full diagnosis through the software - something that can't be done with stand-alone systems.

Clearly, the diagnostic capabilities of such systems make it easier to identify faults and remedy them, resulting in reduced downtime as well as less input from specialist engineers charging by the hour.

These same principles also apply to the commissioning of the system, as the software spots any errors and helps to speed up the whole process, again saving time and money.

Tied in to this is a full reporting structure that enables reports to be generated automatically and added to the technical file, avoiding all of the time often dedicated to producing reports manually. These reports can also be used to focus maintenance resources in the areas that most need them.

Of course, programmable safety relays have been around for some years but they have tended to be quite expensive. The takeup has also been quite slow because they could not be used with the EN 954-1 standard that is currently being phased out.

As the new standards come in, work by our company in this area has adopted a modular approach while also taking advantage of newer processing technologies, to drive these costs down and produce highly affordable systems. As a rule of thumb, a system using 3-4 stand-alone safety relays could achieve the additional benefits described above for around the same price, while it's reasonable to expect significant savings in more extensive systems. Even for smaller systems many operators are finding that a slightly higher price is well worth paying for the benefits that are achieved.

With newer systems due to be launched within the next few months, I believe that this is the right time to be taking a fresh look at programmable safety relays.
MORE FROM THIS COMPANY