In many warehouses conventional fire protection is difficult to install and to maintain. Here, Lee James of Wagner UK explains how Oxygen Reduction Systems can be used to prevent a fire from occurring in the first place. 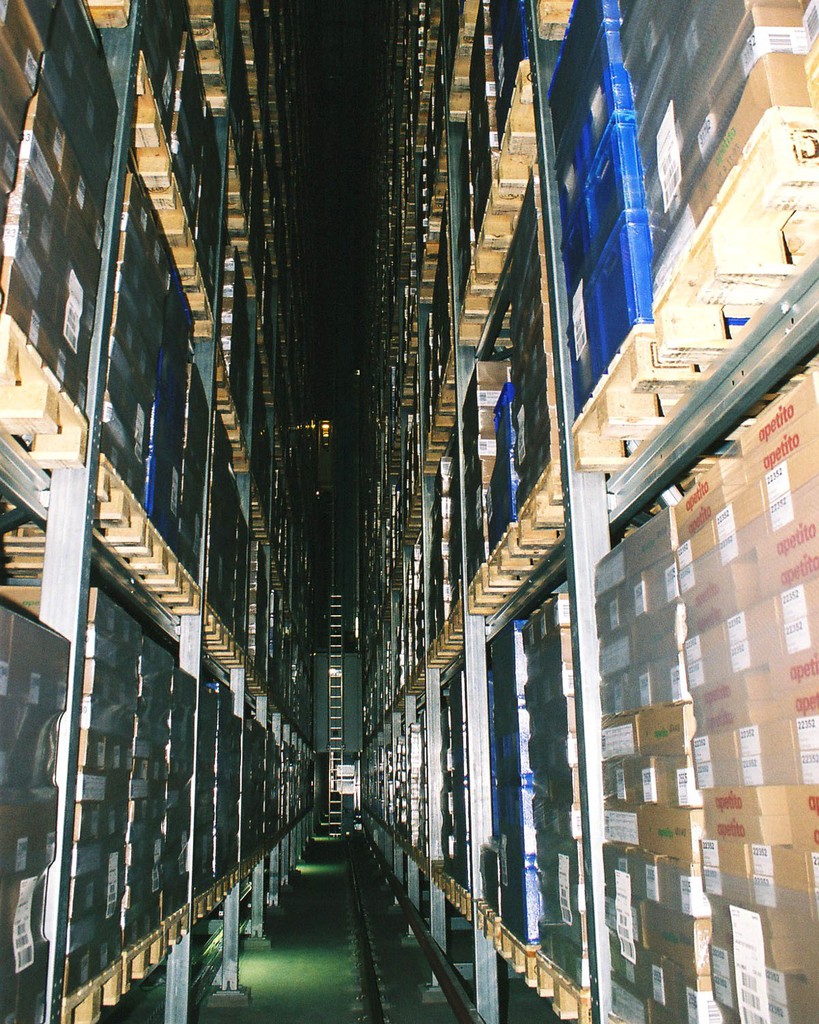 These days goods must be available around the clock. Modern high rack storage areas in large centralised logistics operations are often at the heart of the solution. However, having the focus on a single logistics site also increases the risk of a complete system stoppage through the entire supply chain in the event of a fire. In warehouses where goods worth millions are stored, even small fires can cause enormous problems.

Mini-load containers are practical, but can be a fire risk. The plastic containers burn comparatively easily and melt, allowing fire to spread by means of the falling, burning plastic drops.

Fires that originate in the stock itself are rare. Most fires in logistics’ operations are caused by defects in electrical equipment. Welding work also increases the risk of fire.

High rack storage areas reach heights of over 40m. This, together with the small gaps left between the stored goods, provides ideal conditions for a fire to spread. Goods in higher racks can become heated so quickly by the rising fumes that flames suddenly spread to the roof of the warehouse. This can take just minutes if adequate protection is not in place. Even slight exposure to soot or smoke can contaminate the stored goods and render them unusable.

Detecting fires early is one thing – extinguishing them is another. Installation of sprinkler systems involves the fitting and ongoing maintenance of extensive pipework throughout the facility. This is often expensive for large warehouses, and there is the potential for water-based extinguishing systems to cause damage and disruption when activated. The ultimate form of fire protection is therefore fire prevention to stop the fire from starting in the first place.

Removing oxygen to prevent a fire from developing is not new. Gas suppression systems in server rooms and the use of foam on flammable liquid fires both use the principle of smothering the fuel to prevent fire development by removing the oxygen supply. However, for both these systems to operate a fire would have been ignited and will have caused damage before the process of extinguishing begins.

Oxygen Reduction Systems employ technology that continuously reduces the oxygen level in a room by adding nitrogen to the air. Oxygen is reduced to a level in which most combustibles do not inflame and an open fire is impossible, yet such systems do not prevent the area being used by people. The effects of lowered oxygen levels on the human body have been highly researched and guidelines established that allow staff to enter or work in the protected area.

Nitrogen is used to inert the area as it is completely non-toxic in any quantity and is easily produced on site. Other benefits are that it is electrically non-conductive and will not harm products stored in the area. The nitrogen being fed into the risk area is in fact fresh air with a 95% nitrogen content. This prevents air within the risk area from becoming stale and prevents a build-up of carbon dioxide.

Nitrogen is not stored in pressurised bottles, but produced as required by the Oxygen Reduction System to replace natural leakage. This allows accurate control of the atmosphere within the risk and saves space.

The operation of conventional fire protection systems can be adversely affected in deep freeze storage areas. Despite a temperature of -26°C, there is a pronounced fire risk in these areas because of the extremely dry air. At the same time, fire detection and fire extinguishing prove problematic. Condensing humidity and the minus temperatures adversely affect the function of conventional smoke detectors, which typically only operate down to around -20°C. Extinguishing fires with firefighting water containing antifreeze may contaminate goods in food warehouses.

Inside high warehouses with such low temperatures heat only rises very slowly in the first phase of a fire because of the low thermal lift. As a result of this, conventional fire extinguishing systems often are not activated before the fire has already taken hold. Oxygen Reduction technology and appropriate Aspirating Smoke Detection equipment are not affected by any of these conditions or problems.

Systems are now field proven in applications ranging from small IT rooms, museums and archives, through to warehouses of 600,000m3+.