Oxfordshire-based Cannon Packing and Logistics re-packs more than 1.75 million packs per month for various industries including the automotive sector. With more than 250t per year of cardboard recycled and a further 250t shredded for infills, waste can become an issue if it’s not dealt with at source. 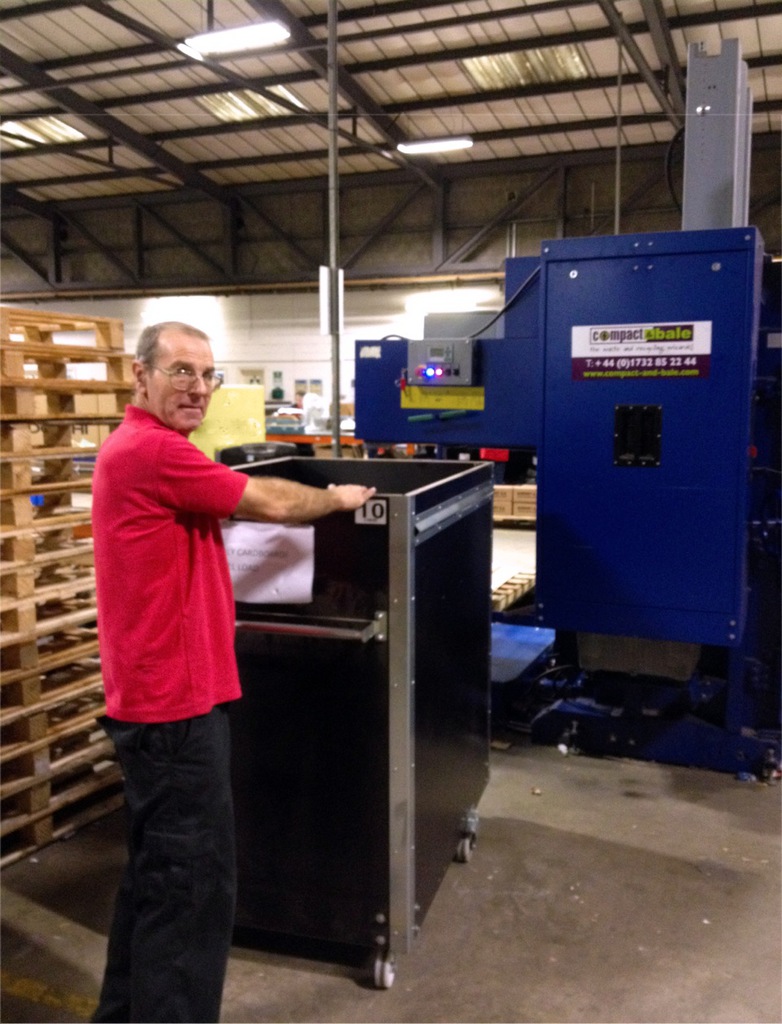 A waste audit carried out by Compact & Bale found that although baling cardboard generated income, it was labour intensive with the company's existing vertical baler. With space at a premium Compact & Bale’s solution to reduce waste handling costs was to install an AutoLoadBaler which, it says, has a small footprint and lower cost than a horizontal semi-automatic baler.

The small waste team can now keep up without incurring overtime costs on baling.

Cannon bales over 20t of cardboard per month, consisting mainly of small to medium size boxes. The enormous amount of loose boxes were being double handled firstly by the packing team throwing them into pallet boxes, then being collected by a member of the waste team on a pallet truck and then handled again to be placed into the existing baler - this process would take 10-15 minutes per pallet box.

The AutoLoadBaler and collection cart system located at source of waste eliminates the double handling and saves 15 man hours per week, or 32 days per year. 15 collection carts are now placed at the ends of the packing lines so the Cannon waste team simply wheel the cart to the AutoLoadBaler, replace the empty cart with the full one, push the button and walk away.

Greg Alder, director at Cannon Packing and Logistics, says: ‘The AutoLoadBaler has really helped streamline our operation. The AutoLoadBaler has saved us 15 man-hours per week since it was installed earlier this year, which will mean 800 hours and £8000 saved per year. With the saving in labour costs and the depreciation draw down on the machine it will have achieved payback in two years."