Automation cells and the standardisation of manufacturing components

The COVID-19 pandemic, a tense socio-political global climate, and an increasingly demanding customer base have all contributed to a growing need for flexibility in manufacturing. As a result, manufacturers need equipment that can be quickly and easily reconfigured, rather than fixed production lines where every change may require weeks of downtime. Neil Ballinger explains the role of automation cells in transitioning to a more agile business model 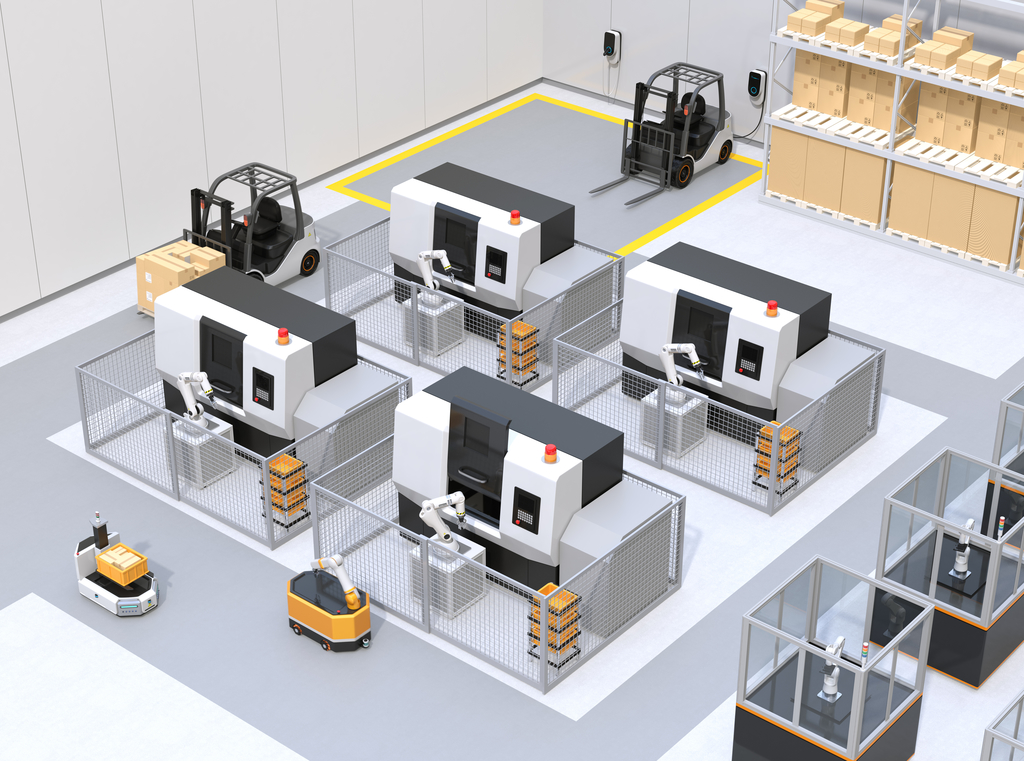 CUSTOMISATION AND high-mix low-volume (HMLV) production are not new concepts in manufacturing. Both have risen to prominence in the last decade, with the demand for increasingly personalised products and services. These trends require manufacturers to rapidly adapt to changing market conditions, and to reconfigure their production and assembly lines accordingly.

The need for adaptability intensified during the pandemic, when many production plants experienced a boom in demand and needed to set up extra lines to produce critical supplies such as respirator components and personal protection equipment (PPE). On the other hand, some companies needed the flexibility to switch their production to entirely new items — from alcoholic drinks to hand sanitiser, from luxury fashion to medical gowns.

The solution in a nutshell

In this context, closed-loop automation cells have become increasingly popular. Automation cells, or robot cells as they are often called, are closed systems containing equipment that can automate several stages of the production process. For example, they may include robotic arms that load and unload the parts to be machined, in-feed and out-feed conveyors, and machine vision systems that determine what part is being fed-in, and that measure and inspect post-processed items.

Compared to traditional production lines, automation cells offer unprecedented flexibility. Since the days of factory pioneer Henry Ford, manufacturing plants have worked in a similar way — with long, linear production lines where items pass from station to station, being processed and finally inspected and shipped. In these lines, every change requires the intervention of multiple experts and can lead to several weeks of expensive downtime.

On the other hand, automation cells allow for a modular and easily scalable factory structure. These cells can be quickly rearranged on the factory floor whenever manufacturers need to restructure the production process — some models even come on wheels.

Another great advantage of automation cells is that they can be placed in any building where there is enough floor space. This means facilities like empty warehouses can be easily repurposed to set up a new production plant in record times.

This approach is perfect for manufacturers that need to establish a new production line very quickly, for example to respond to a sudden surge in demand. However, it will also facilitate those who are planning to bring production closer to the final customer to save on logistics costs, reduce lead time and minimise the company’s overall carbon footprint.

For example, British electric vehicles (EVs) start-up Arrival uses flexible automation cells in its microfactories, which are small-scale production plants that the company is planning to set up on the outskirts of cities worldwide. The use of automation cells allows the company to set up new production lines very quickly, so instead of relying on production sites overseas, Arrival has chosen this innovative approach to reduce costs by bringing production closer to where its vehicles are needed.

A further advantage of automation cells is that a factory structured this way can be very easily scaled up and down according to market demand, by simply adding or subtracting cells. This is a great approach for start-ups and smaller manufacturing companies who might not be in the position to invest in a huge and cost-prohibitive facility but want to give themselves space to grow.

A look within — standard components

The beauty of automation cells is that they contain everything the plant needs to automate the production process — or at least some of its core aspects — in an extremely compact architecture. Like Lego building blocks, the components in the cells are structured so that they all fit together to occupy the least possible space.

This is leading to an interesting phenomenon in equipment manufacturing — the standardisation of automation machinery. Traditionally, production and assembly lines were bespoke projects that required the expertise of several high-skilled professionals, such as design engineers and systems integrators. Designing, building and testing the line took several months, was extremely expensive, and required long periods of downtime.

On the other hand, automation cells can be realised in less than one week, although up to three weeks may be needed to map out the necessary tasks within the cell and establish the optimal workflow. There are even useful digital tools to help users in the process. For example, FANUC’s Build Your Cell configurator guides users at every step to create the ideal cell for their application.

The benefits of automation cells are clear — production can start shortly after the manufacturer perceives the need for new workstations, either because of unprecedented demand, or because of the necessity to adapt production to new specifications. As well as this, costs are minimised and the overall agility of the plant is increased.

It seems clear that manufacturing is evolving from an industry based on cumbersome, bespoke projects to one that requires extreme flexibility through the use of modular architectures and standardised components. Automation cells offer a great chance to innovate manufacturers’ business models and keep up with the ever-evolving needs of an increasingly demanding global market.

Neil Ballinger is head of EMEA at EU Automation