PLUMBING PRODUCTS specialist, McAlpine, is reported to be saving tens of thousands of pounds every year by preventing breakdowns of injection moulding machines, thanks to oil management specialist, Tris UK. 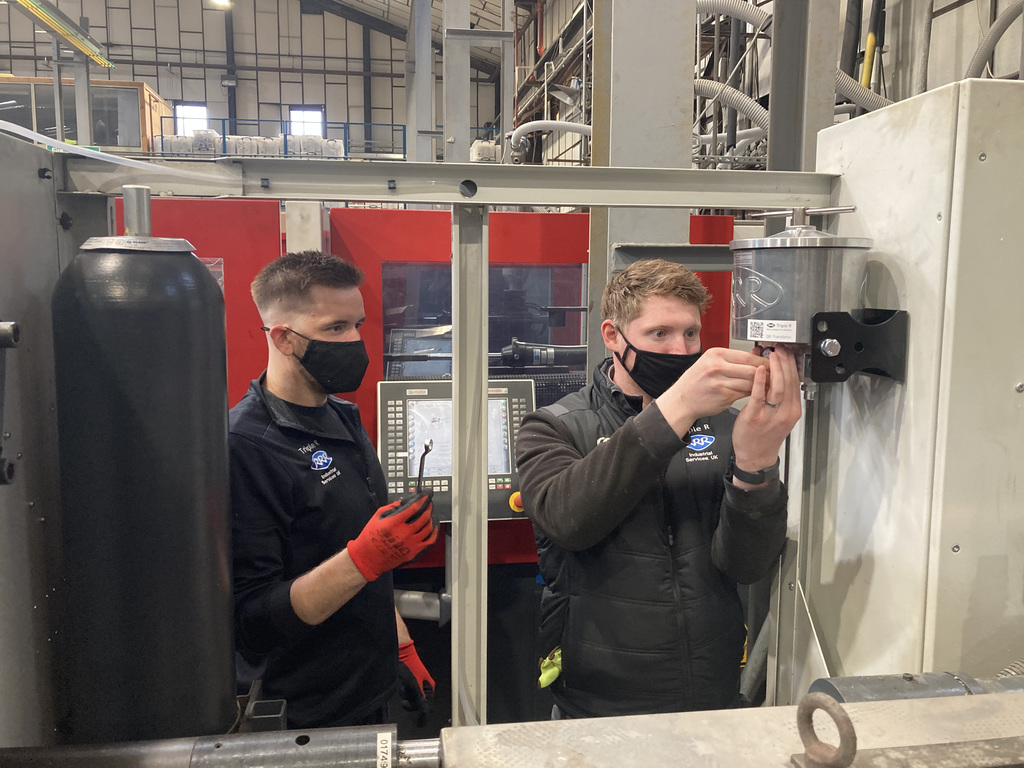 The family-run plumbing company, which ships to over 80 countries worldwide, was having to replace pumps and machine oil five or six times a year and routinely suffered sticky valves. Since rolling out a programme to install Tris UK’s Triple R systems on its 68 injection moulding machines, McAlpine’s has not experienced a single pump, valve or oil replacement, and is benefitting from significant savings on parts and labour, as well as increased machine uptime.

McAlpine first got in touch with Tris UK after one of its injection moulding machines began emitting an unusual sulphur-like smell, as John Sullivan, maintenance manager at McAlpine, explained:

“When one of our machines began giving off an awful smell, we immediately got in touch with the machine manufacturer. However, after several investigations, they still could not work out what the problem was. Fortunately, one of our managers happened to mention the problem to Andrew Thoms, managing director of Tris UK, who suggested it could be the oil.”

Thoms went on-site at McAlpine and took oil samples from the machine in question, in addition to sampling all of the other injection moulding machines on site. Laboratory results from Tris UK showed that the smell was caused by a friction reduction additive which had been previously installed in a bid to prevent wear and tear on machine parts. Tris UK’s tests also revealed that the oil in each of the machines was heavily contaminated with varnishes, water, and oxygen.

“At that point in time, we were replacing five or six pumps per year, at circa £5,000 per pump, and routinely experienced sticky valves. When this happened, the machines went over temperature, which would cause the oil to form varnishes, and then we’d have to let the machine cool while the oil was changed. This was both costly and took a lot of time,” explained Sullivan.

“In fact, when a pump went, the machine would be down between two and three days while the parts came over from Europe, and then they had to be fitted. Each machine took 400 ltrs of oil, so we’d have to buy two 200 ltr drums each time at circa £600 – and pay out for costly suction filters to remove the oil. On top of that, as the pumps wore away, control wore away too, and the machines lost pressure.”

Committed to efficiency, innovation and quality, McAlpine was keen to investigate opportunities to reduce machine breakdowns, and gladly took up Tris UK’s offer to trial their Triple R filter for free on two of their injection moulding machines.

“The difference was almost immediate,” said Sullivan. “Tris UK’s Triple R filters greatly improved the viscosity, grade and longevity of the oil. It went from a thick, black substance to clear, light brown and thin. And most importantly, we had zero issues with the machines during the three-month trial period.”

After fitting two Triple R filters, Tris UK’s engineers went back on site one month later to change the element, and two weeks after that to sample the oil. During those six weeks the oil went from ISO 22/20/17 or NAS 11, which is exceptionally dirty, to ISO 16/14/10 or NAS 6, which is ideal for efficient machine operation.

Delighted with the results, McAlpine ordered a roll out of Triple R systems on their machines, at two per month. Tris UK has currently installed 46 Triple R filters on 68 of the machines at the McAlpine site, and will also be installing Triple R filters at McAlpine’s two other sites at Johnstone and Coatbridge. Each filter has a payback period of between two and six months on average.

Unlike other filters on the market, Tris UK’s Triple R filter has a unique 114mm 3-layer construction that is able to filter down below 2µ. As a result, it is able to remove 99% of all solid dirt particles as well as water, and eliminates the development of oxidation and resins. The filters – used worldwide and trusted for over 60 years – extend the life of critical components and can dramatically improve the condition of even the dirtiest oil.

“We don’t have to change the pumps or oil at all anymore. We’ve had no problems with sticking valves and no downtime on machines. We’ve easily saved tens of thousands of pounds so far, and that’s not including costs saved on oil replacements and labour. It was an easy decision for us to invest,” said Sullivan.

“We couldn’t recommend Tris UK enough. We get a fantastic service from Andrew; he’s always welcoming, always on the end of the phone when needed, and his work doesn’t interrupt the machines.”

According to Mr. Thoms, most manufacturers are unaware of the effect of contaminated oil on their injection moulding machines, and treat frequent parts replacements as expected wear and tear:

“We’re on a mission to increase industry education around the effects of contaminated oil. So many breakdowns are completely avoidable with correct oil cleaning in place, and optimising cost savings and machine uptime is something that makes an enormous difference to manufacturers. We’re proud to be doing this work and partnering with such great innovative companies like McAlpine to increase efficiency across British manufacturing,” concluded Thoms.