British workers took the fourth lowest amount of sick days in Europe last year, according to new research that identifies the countries most and least notorious for pulling a sickie. 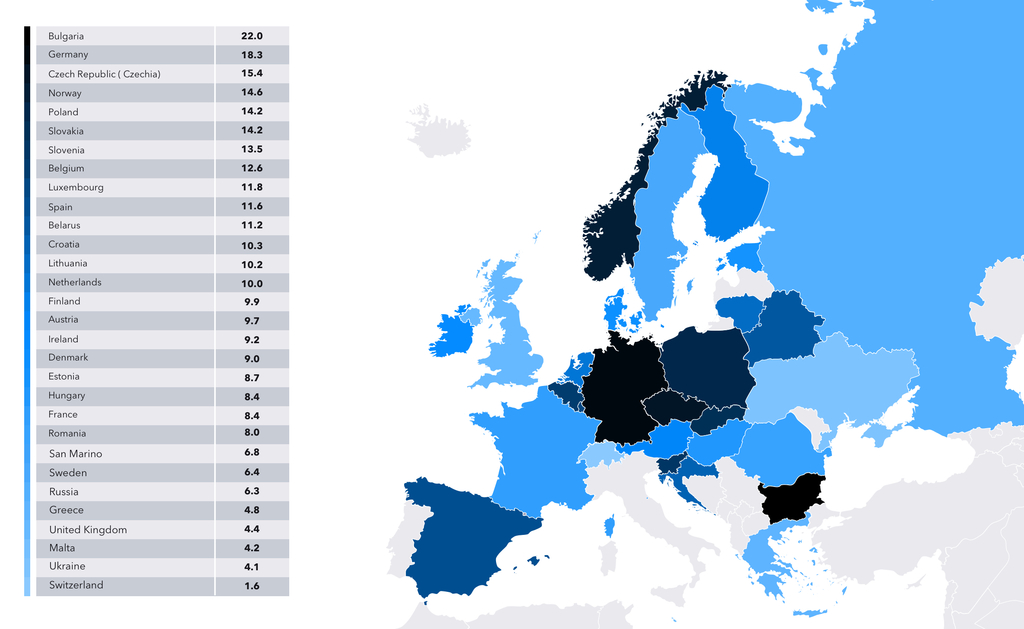 With Blue Monday taking place this week (Monday 20 January) and analysis suggesting that workers take 53% more sick days in January than any other month of the year, the research from time and workforce management solutions provider Mitrefinch found that workers in the UK took the fourth lowest amount of days off sick when compared to the rest of Europe in 2018, an average of 4.4 days. Those in the manufacturing industry fell just above the national average taking on average 5.3 days for sick leave.*

Switzerland topped the charts when it came to excellent attendance with its workers taking just 1.6 days sick leave on average over the course of a calendar year. Ukraine (4.1 days) and Malta (4.2 days) made up the rest of the top three.

While the stats for Swiss workers are impressive, it’s important to note that companies in the country are also notoriously generous when it comes to annual leave entitlement - the average worker took over five weeks holiday according to recent statistics - making the efforts by British workers even more impressive.

However, with recent figures also suggesting that more than two thirds of UK workers avoid taking sick days and still go into work when feeling unwell, it’s encouraging that manufacturing figures suggest this industry has a changing corporate culture and attitudes more similar to different nations.

Bulgarian employees were found most likely to call in sick, taking on average 22 days off per year according to the most recent figures available. Workers in Germany didn’t fare too much better taking 18.3 days, with those in the Czech Republic also taking off the equivalent of more than three working weeks with sickness (15.4 days).