The 11 women competing as Team SCA in the latest Volvo Ocean Race recently completed a nine-month race around the world. They remained at sea for more than 20 days at a time and had to carry out on-the-spot repairs and maintenance work to keep the boat in racing condition. Tork manufacturer SCA, sponsor of the all-female team, explains how cloths and wipers were essential to clean components and to remove grease and oil from surfaces and hands. 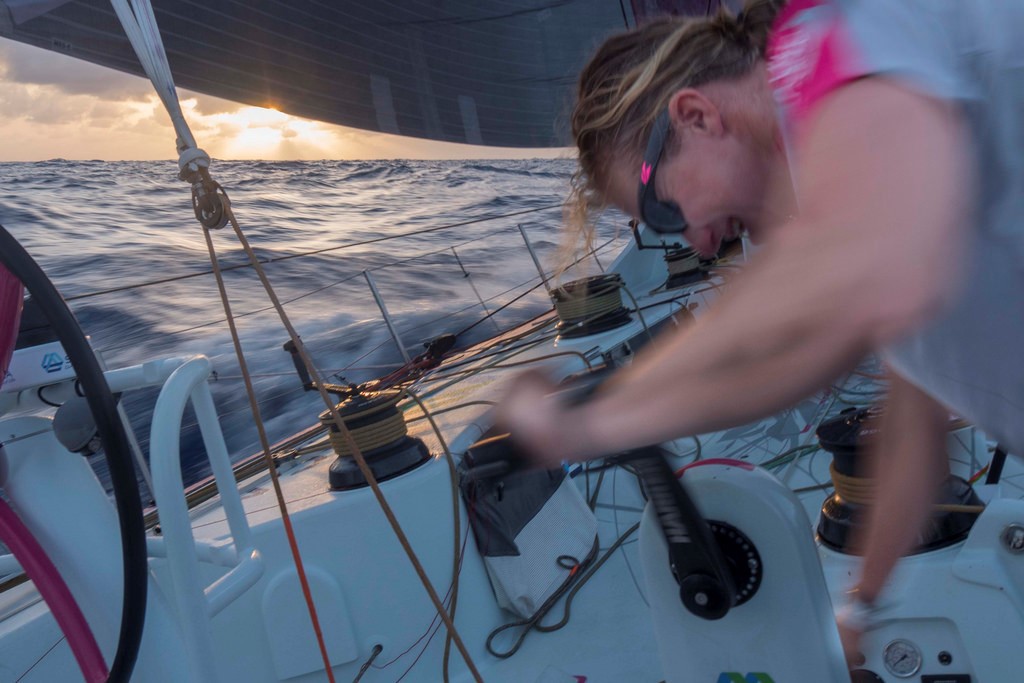 Speed and efficiency are crucial in any factory in order to maximise productivity. For this reason, each operative tends to be given a convenient working environment, plus the tools that he or she requires for the task. Imagine, then, having to carry out vital maintenance work on board a 65m2 yacht in the middle of the ocean where any unresolved mechanical failure could be a matter of life or death.

This is what Team SCA had to face when competing in the Volvo Ocean Race which ended this summer. The only all-female crew ever to compete in the race, Team SCA and six other teams set sail from Alicante in October 2014.

All those taking part have had to face numerous challenges including temperature extremes and terrifying isolation. During the longest leg of the journey - from Auckland, New Zealand, to Itajai in Brazil – the sailors reached the most inaccessible spot on the planet where the closest humans were the astronauts at the international space station.

Team SCA’s crew lived off freeze-dried meals, energy bars, chocolate, dried meats and protein drinks. Fresh water was strictly rationed and sleeping had to be carried out in shifts.

The team also had to be prepared for any kind of mechanical breakdown. According to Team SCA Captain Liz Wardley: "We were all trained in boat maintenance beforehand and each of us was given an area of responsibility on board such as rigging, winches, boat-building or sail-making.”

The engine is the most important part of the boat since it controls the vessel’s hydraulic system. Team SCA’s boat had more than 200 parts - some smaller than a nail head – each of which required the use of specific types of oil or grease.

In a typical factory setting where various wiping, cleaning and polishing tasks are carried out, several different cleaning products may be in use at a time. For example there could be heavy-duty cloths for cleaning with solvents; low-lint products for particle-sensitive cleaning, and low-cost paper products for hand wiping and mopping up spills. On an ocean-going sailing boat, however, the fewer products on board the better.

"Multifunctional products were key since they save both storage space and weight,” said Liz Wardley. "Wipers were essential in the hydraulic and mechanical areas, particularly when there was an oil spill.”

Team SCA took only two wiping products with them to carry out all wiping and cleaning tasks. These were Tork Industrial Cleaning Cloths and Tork Surface Cleaning Wet Wipes.

Tork Industrial Cleaning Cloths – which work well with most solvents and are sufficiently soft and flexible to be used in tight corners – were employed for the toughest of mechanical maintenance applications in the engine room.

"The fact that they were packed in waterproof packaging worked well for us,” said Liz. "We used to use rags on board but they were heavy and held a lot of water. Tork cloths are more lightweight and efficient than cotton rags and require less storage space.”

Tork Industrial Cleaning Cloths are also food-contact approved which meant they could also be used for wiping down kitchen surfaces on the boat. Meanwhile, Tork Surface Cleaning Wet Wipes were used for cleaning surfaces and oil spills in the mechanical areas of the boat.

"Water is precious on board, and wet wipes remove the need for using either water or any extra detergent,” said Liz. "It was a very practical product for us.” The wet wipes come in a waterproof bucket and the airtight lid keeps the wipes moist before use.

The race ended in Gothenburg, Sweden, on June 27. By then Team SCA had covered more than 38,000 nautical miles in the most challenging of climactic conditions.

But taking the right products to keep the boat running smoothly proved to be vital in completing the round-the-world trip safely.