A new live art installation which challenges the dystopian views that many people have of robots was a feature at the Victoria & Albert Museum in London in September. Called Slave/Master, and part of the London Design Festival, it explores the edges of industrial robot/human interaction using robot performers, human dancers and projected graphics. 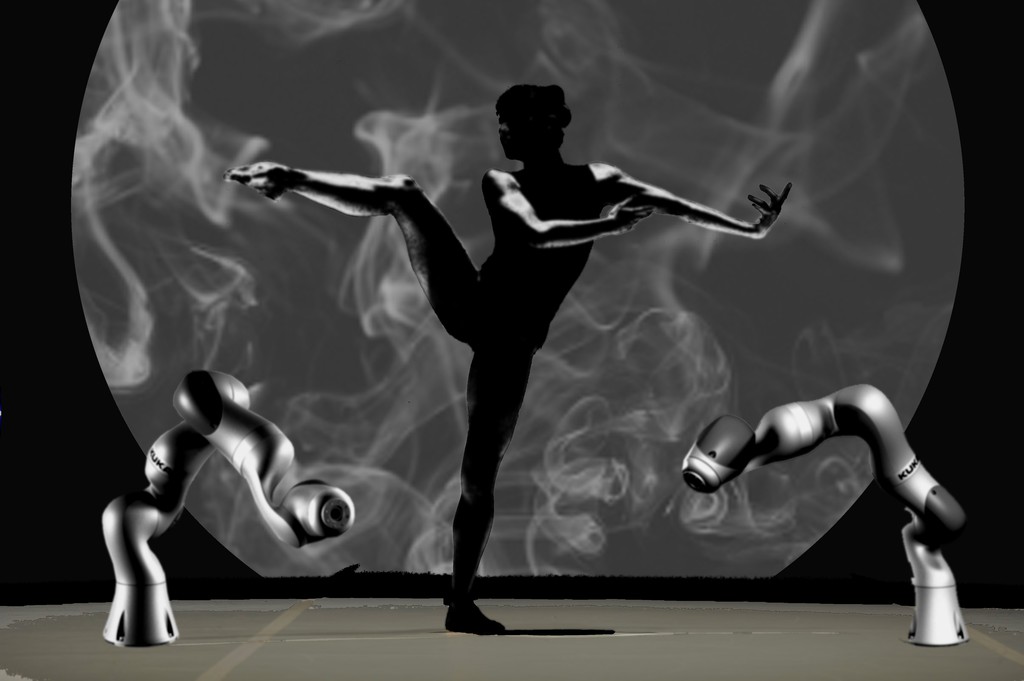 The installation uses the some of the most current industrial robotics and automation technologies from companies including Adelphi Automation, KUKA Robotics, Rockwell Automation, SCM Handling and Autodesk.

The installed robots perform choreographed dance moves and are regularly ‘interfered’ with by human dancers from the London Contemporary Ballet Theatre, to a score composed by Rupert Cross. The project, conceived, directed and produced by the Brooke Roberts Innovation Agency (BRIA) on behalf of the V&A and supported by Arts Council England, challenges the traditional 'fear' portrayed in sci-fi films of robots oppressing and interfering with humans, by turning it upside down to show how robots are safely mastered and managed in modern industrial applications.

Visitors are able to roam freely around the Slave/Master installation space throughout the exhibition, thanks in part to the use of Compact GuardLogix safety automation controllers and SafeZone Mini safety laser scanners from Rockwell Automation. Adelphi Automation, the systems integrators who delivered the robotics part of the installation, faced a number of challenges delivering the unique project and hope that it will show the rapidly growing potential of industrial automation to a broader audience.

Paul Stout, managing director of Adelphi Automation explains: “We were delighted to get involved with the BRIA project at the V&A, and to work with KUKA, Autodesk, SCM Handling and of course Rockwell Automation in delivering a unique concept that showcases modern robotics and automation to the public. We integrate more and more industrial applications that require deeper interaction between robots and humans and the challenges of this project are not unlike those in industry, albeit we don’t usually install robots for their dance moves. In all seriousness though, we believe Slave/Master will help the public to understand something other than the dystopian view of robots in popular culture, and show how modern safety systems and smart robotics mean that human interaction in the industrial space has moved on from caged robot arms moving large parts, to a much more collaborative approach.”

Leading the Rockwell Automation project team, Paul Davies, said: “The biggest challenge was setting up the safety system to allow the public to move around and through the exhibition space while the robots are operating. We used SafeZone Mini lasers, which, once configured, provided a safe and protective area around the robots. The scanners will detect when humans are too close and send a signal to the controller which will either slow or stop the robots depending on the proximity of the person. We’ve really enjoyed solving the challenges of the project and contributing to such an inspiring project.  In a time when industry is desperately in need of new skilled workers, we hope that seeing robots in this way and explaining how they have been programmed, helps inspire young people to consider choosing manufacturing as a rewarding career path.”

The performance also uses evolving projected graphics as a window into the ‘souls’ of the robots, with bespoke algorithms by creative digital agency, Holition. Using data from the movement and urgency of the robot performers, evolving 3D shapes are formed, with overlaid silhouettes representing memories of past interactions with humans, to portray the robots’ “mood” to the audience, ranging from calmly ordered images to more frantic violent forms at the height of the robots’ discomfort.