Changes to Standard and news of award winners

In addition to commenting on changes to ISO 8573-2 standard for oil analysis, BCAS (British Compressed Air Society) has news of two award winners – one ]has received a lifetime achievement award; the other is encouraging more young people to become engineers 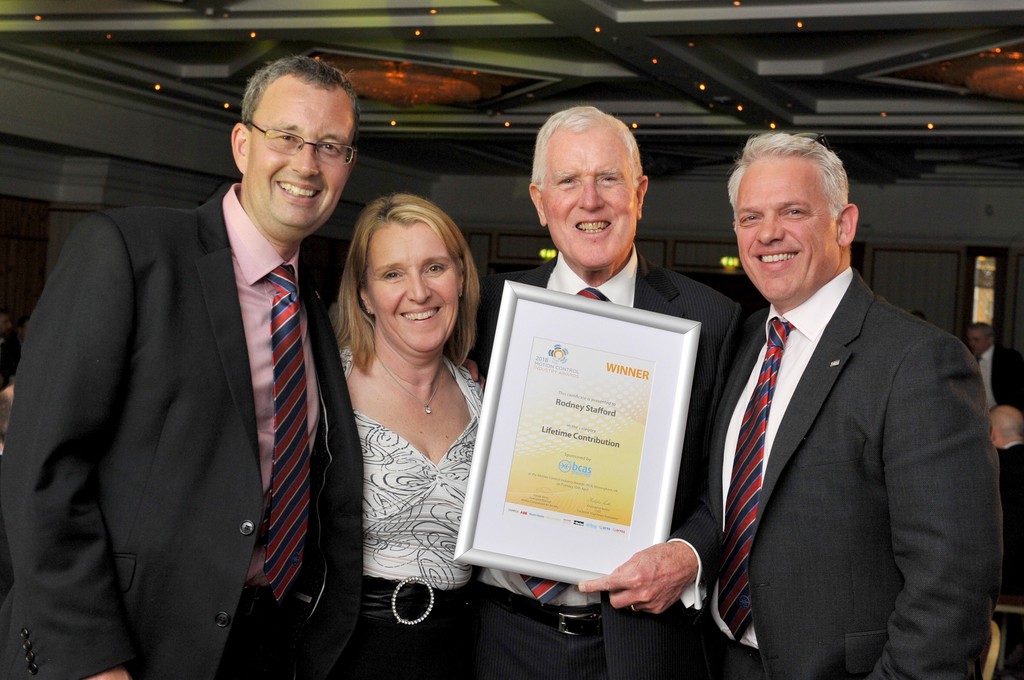 Following a periodic review of the existing ISO 8573-2 standard (Published 2007), which specifies test methods for the sampling and analysis of liquid oil and oil aerosols, a number of changes have been implemented.

These changes will enable more environmentally-friendly solvents to be used as well as making the standard easier to adhere to. The primary reason for the change was to offer a greener solvent, as the existing standard specifies an ozone-depleting substance, which is both difficult to procure and expensive.
The secondary change was to introduce gas chromatography with flame ionization detection, while continuing to allow the existing infra-red spectrometry, again with flame ionization detection.

The new standard is now up-to-date with current detection methods and is easier to use and understand with clearer notes and diagrams.

The document also includes a description of an alternative oil aerosol detection method using glass tubes. It is worth noting that this is for indication purposes only and cannot be used to comply with the new standard.

The new standard can be purchased from the BSI website.

BCAS presented its Lifetime Achievement Award to Rodney Stafford, at this year’s Motion Control Industry Awards. Rodney, who has worked for HPC compressors for more than 45 years, was a Past President and board member of the Society and was awarded the accolade in recognition of the ‘significant and consistent contribution he has made to the motion control industry over the duration of his career.’

James Maziak, current President of BCAS, who presented Rodney with the award, said: “Rodney is a true champion of the vacuum and pressure industry. Starting as a regional sales manager for HPC in 1975, he has helped shape the company to become the successful business it is today, playing a key role in developing accounts in the automotive industry and with major gas group, plant hire and construction companies to name a few.

“He has also played a wider role within the industry as a strong supporter and Past President of BCAS, taking on many different roles and responsibilities during his time on the board.

“Rodney’s contribution, together with his generosity in giving his time and sharing his expertise to others throughout the industry cannot be underestimated and we are delighted to present this Lifetime Achievement Award in recognition of his outstanding contribution.”

Nurturing the next generation of engineers

“Inspiring…never a dull moment…fun!”  This is how Vicki Goldsworthy, a strategic production manager at Futaba Manufacturing UK and winner of the BCAS Primary Engineer Rogers Knight Award for supporting the Primary Engineer programme in schools describes her involvement with the scheme.

BCAS is encouraging its members and end-users to take part in the scheme, which gives pupils the opportunity to work with engineers and to enable teachers to embed engineering into their learning. Importantly, the programme is encouraging young people in to a future career in engineering and helping to plug our technology skills’ gap.

Vicki, who has been involved in the scheme for about four years, added: “This year alone, I’ve probably talked to 600 children or more. That’s just one person, taking a bit of time out of their working day. Just think what we could do if the whole industry got involved?

"So, it’s great to see that BCAS is encouraging its members to take part. I can guarantee that you’ll definitely get out more than you put in."

If you’d like to get involved with the Primary Engineer programme or Leaders’ Award, please email Chris.Rochester@Primaryengineer.com for more information.