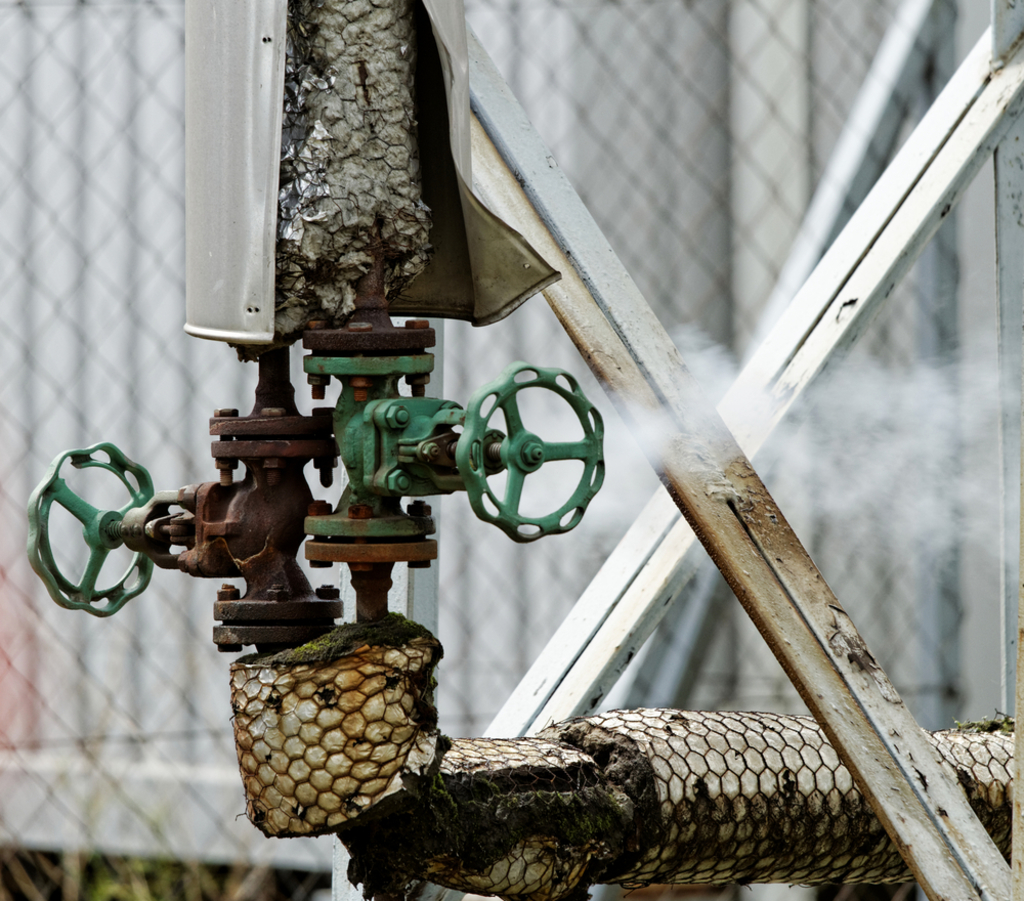 In facilities and plants that have been designed and constructed to consume as little energy as possible, it is rare to find steam leaking from pipes and valves. However, even in these facilities, unless they are regularly inspected and maintained, steam will eventually leak as gaskets, fittings and other areas age. And without proper maintenance, the number of leaks – usually found in pipe fittings, valves and steam traps – and the volume of leaked steam will only ever increase.

Without proper maintenance, the number of leaks and the volume of leaked steam will only ever increase

Leaks from valves and steam traps can be further divided into external leaks, such as those from gland packing and internal leaks, where steam escapes through the seat and into the outlet.

The main causes of steam leaks from pipe/valve flanged and screwed connectors are stress from pipes expanding or contracting due to the heat of the steam; threaded components that have loosened due to that stress; and/or deterioration of gaskets.

When pipes contract due to a drop in the temperature of the steam, the nuts and bolts of the fitting can loosen, causing a gap to open between the two pipes from which steam will escape.

If facilities managers find a steam leak, they should do more than simply tighten nuts and bolts on the fitting or replace the gaskets. They should also investigate the cause of the leak and consider changing the number and location of fixed pipe supports or adding expansion joints. If countermeasures like these are not taken, it is likely that the leak will only re-emerge in the future.

The vast majority of external leaks from valves come from gland packing. Due to the construction of valves, gland leaks can be stopped temporarily by tightening the valve.

However, in locations where the valve is opened and closed regularly, it is likely to start leaking again within a short period of time. In these locations, it is recommended that bellows seal valves be used. These are highly resistant to gland leakage because of their bellows, which closes off the internal and external gland packing.

Internal leakages occur when steam escapes – often through the valve seat – and flows through the outlet while the valve is in the "closed" position. Internal leaks cannot be seen from the outside and are therefore difficult to spot, so using a maintenance tool such as a stethoscope or device that measures ultrasonic vibrations is helpful.

It is common for steam to leak from the seat of valves with both adjustable and closable valve openings. One way of preventing this is to use adjustable and closable valves where necessary, which eliminates the need for dual-function valves. However, another effective method of preventing internal leaks is to install a separator to remove the condensate entrained within steam. Supplying dry steam will prevent the valve seat from deteriorating.

For valves and pipe fittings, leaks occur when the device stops functioning correctly, but for steam traps, the loss of steam that occurs during normal operation must also be considered.

The amount of steam that leaks from a steam trap during normal operation varies depending on the type of trap.

Depending on steam pressure and condensate volume, when new, a disc trap can leak up to 10x the volume of steam compared to an energy-efficient Free Float trap from TLV Euro Engineering. For this reason, we recommend selecting Free Float® traps to reduce steam loss during normal operation.

Steam that leaks from even one failed trap can represent a significant financial loss and data from our own global steam trap assessments show that, prior to assessment, an average of 5-10% of all steam traps in facilities leaked steam.